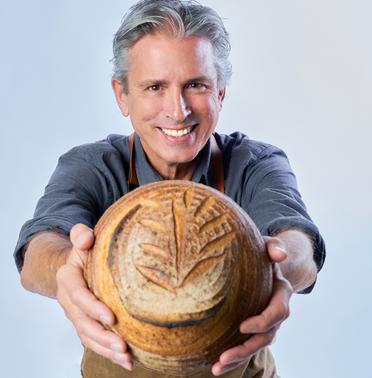 ​​With a quarter century of experience as a dedicated culinary professional, Claud Mann's areas of expertise include a comprehensive knowledge of culinary arts, artisanal baking, cooking instruction, wines & spirits, food television production, food photography, and recipe & restaurant development. Mann graduated summa cum laude from The California Culinary Academy and continued his culinary instruction at San Francisco Baking Institute. After cutting his teeth in restaurants up and down the west coast and Mexico, he was brought on as on-camera host, scriptwriter, and food segment producer for TBS' Dinner & A Movie, named by Rolling Stone as "One of the 100 reasons to watch TV". Go figure.

His recipes and humor have been featured in a host of national publications, including Cooking Light, Food and Wine, USA Today, TV Guide, Daily News, Washington Post, The New York Times, Sunset Magazine, and others. Over the years, he has appeared on The Today Show, CNN, Southern Living Presents, dozens of morning shows, and was even the secret guest on To Tell the Truth for some strange reason. In addition, he is the author of the Promax award-winning, Dinner & A Movie Cookbook (Which sold about a dozen copies but was a hell of a lot of fun to write.)

For many years, Mann was a co-publisher, feature contributor, art director, photographer, and test kitchen director at the James Beard Award-winning Edible Communities flagship magazine, Edible Ojai & Ventura County. Somewhere between Edible and his current role as co-owner/bread baker at Ojai RotieRestaurant in Ojai, CA, he squeezed in a stint with the Orfalea Foundation's School Food Initiative. There he helped create their culinary "boot camp" curriculum intended to help public schools get a head start in making the long-awaited shift to scratch-cooked foods.

Mann says, "After all this time, I still find myself fascinated by food, its intersection with culture and identity, and its unique ability to allow us to see ourselves and our neighbors through a non-threatening and often delicious lens. He lives in Ojai with his wife, internationally acclaimed, Grammy-nominated recording and touring artist Perla Batalla.​